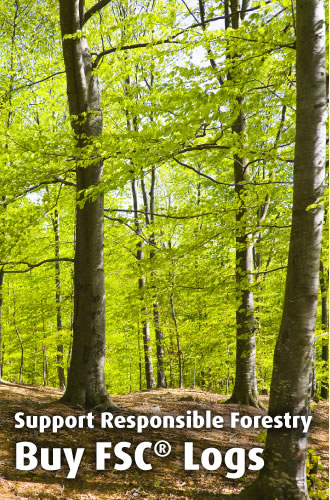 The FSC® is an independent, non-governmental, not-for-profit organisation which promotes the responsible management of forests and woodlands worldwide.

The Forest Stewardship Council® was established in 1993, as a response to concerns regarding global deforestation.

The FSC® is widely regarded as one of the most important organisations to globally promote responsible forestry management.

When you buy FSC® certified products you help to ...

FSC® certification has been awarded to CPL Distribution Ltd

CPL Distribution Ltd will use reasonable endeavours and efforts to avoid trading either directly or indirectly in sourcing wood or wood fibre from the following categories:

In addition, CPL Distribution Ltd will not knowingly be involved directly or indirectly with any activities that are in violation of any of the International Labour Organisation (ILO) Core Conventions, as defined in the ILO Declaration on Fundamental Principles and Rights at Work, 1998. For clarity these Core Conventions are: