How can I benefit from using CPL smokeless fuels?

Smokeless fuels produce a consistently higher heat and can last as much as 40% longer than ordinary house coal. This means that even though house coal may appear cheaper initially, choosing smokeless fuel will save you money in the long term due to its superior performance.

Buying the cheapest coal is often a false economy. Premium products are more efficient as they produce a higher heat and a longer burning time than their economy counterparts. Paying that little bit extra for a better
performing fuel will save you money in the long term, as you end up using less fuel to create your desired heat.

Compliance with The Clean Air Act

Smokeless fuels comply with The Clean Air Acts of 1956 and 1968, which were introduced to deal with the smog caused by the widespread burning of ordinary house coal.

To combat this pollution, Smoke Control Areas have been introduced in the majority of large towns and cities in the UK with selected smokeless fuels approved as authorised for use in these areas.

CPL smokeless fuels have passed rigorous tests to ensure that they are capable of burning without producing excess smoke and can therefore be used in any Smoke Control Area.

Better for your health

According to medical research, solid fuels can also be beneficial for your health. Families who use solid fuel are less likely to suffer from hay fever, asthma and eczema because the use of a chimney draws fresh air through the house and removes ‘polluted’ air. A better ventilated home, combined with the use of smokeless fuels, is better for both your health and the environment. 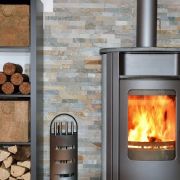 Better for your appliance

Coal or Petcoke Briquettes can damage your stove, burning too hot or clogging it with soot, both of which can invalidate your stove warranty. Smokeless Fuels are specially designed and approved for use on your stove or grate, giving out more heat, but in a more controlled way, meaning you enjoy a great fire for longer.

Smokeless fuels are carefully manufactured to the highest standards. The contents of each smokeless fuel briquette is monitored for consistency of quality and performance.

Smokeless fuels are extremely versatile as they can be used in a wide range of open fires and closed appliances, such as multi-fuel stoves, room heaters and cookers. Whereas traditional coal could damage your multi-fuel stove, smokeless fuel is actually more efficient when burnt in this type of appliance.

Smokeless fuels are much kinder to the environment than traditional coal, producing up to 80% less smoke and 40% less CO2 when burnt. CPL invest heavily in developing and testing new smokeless fuels in order to improve air quality across the UK.

Switching to smokeless fuels, which are manufactured to contain natural binders and materials, can dramatically reduce the carbon footprint left by burning solid fuels.