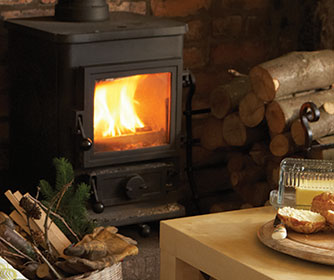 There have been a number of high profile headlines in the national press recently regarding the smoke emissions from wood burning in residential areas, particularly in and around London, and that one solution under consideration was the banning of wood burning stoves.

Although claims that stoves could be banned were certainly wide of the mark; being subsequently refuted by the Mayor of London’s office, Government and Industry have been working to tackle this problem:

The above smoke emissions data is based on independent fuel testing data. 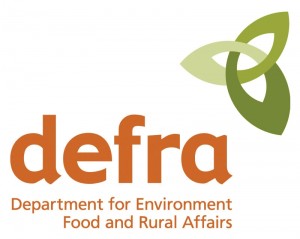 Why is the Government focused on wood and solid fuel burning in the home?

• Behind the headlines there are a number of factors which have increased the emphasis on burning low emission fuels
• Over the past few years the impact on people’s health from breathing in small airborne particles (technically Particulate Matter below 2.5 Microns in size (PM2.5)) has become clear and hence the increased focus on these emissions
• Such particles not only cause lung congestion and increase the incidence of asthma and respiratory diseases, but are known to pass into the blood stream and contribute to heart disease, as well as being potential carcinogens.  The Department for Environment, Food and Rural Affairs (DEFRA) estimates that 25,000 premature deaths per year in the UK are caused by PM2.5 pollution
• DEFRA has recently issued an assessment of small particle emissions.  This estimates that 100,000 tonnes of these particles are emitted in the UK, with circa 37 percent of these emissions coming from home burning
• This compares with 14 percent of PM2.5 emissions from diesel car exhausts

Currently approximately 2.5 million tonnes of firewood and 0.75 million tonnes of solid fuel is burnt in UK homes each year.  At present only 10 percent of the firewood burnt is kiln dried wood of less than 20 percent moisture.  Although a substantial amount of wood is seasoned, a lot of wood is over 20 percent moisture and contributes significantly to PM2.5 pollution.    Looking at solid fuels, circa 300,000 to 350,000 tonnes of house coal is burnt per year, which generates five times the PM2.5 pollution of authorised smokeless fuels.

Should all the burning of house coal and wet wood in the home be converted to either dry firewood or authorised smokeless coal, then particulate emissions from the home could be reduced by between 70 and 80 percent, reducing total UK PM2.5 pollution by up to 29 percent.

When first felled , wood contains up to 60 percent moisture and is unsuitable for burning.  The wood is stacked within the forest where the natural seasoning (drying out) process starts and then transported.  Despite this initial drying period, the wood still has a moisture content of up to 45 percent when presented for chopping or packing.

Wood can be dried further, by two methods. 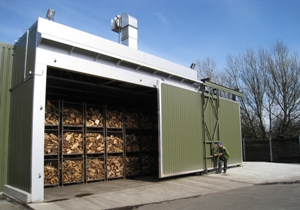 Kiln drying the wood, allows it to be quickly dried to a moisture level of less than 20% under a controlled method that involves placing the wood in a controlled kiln environment for between 3 and 7 days at temperatures up to 100 degrees Celsius.  Moisture is measured during and at the end of the process, by the use of moisture meters or through lab testing of samples by completely drying the wood and measuring the moisture / weight loss, to ensure the 20 percent moisture content is achieved.

Seasoning involves stacking the wood and allowing it to dry naturally in barns or shelters.  The length of time and the effectiveness of the seasoning will vary and hence the moisture content will vary significantly, unless a similar control system to that used for kiln dried wood is employed.

Testing by independent laboratories has shown that burning wood with less than 20 percent moisture content very significantly reduces smoke particle emissions.  Kiln Dried wood that has achieved Ready to Burn approval is the best assurance that the 20 percent moisture content has been achieved, resulting in a product that is not only superior in terms of heat output, but has smoke emissions of five times less than freshly felled wood. 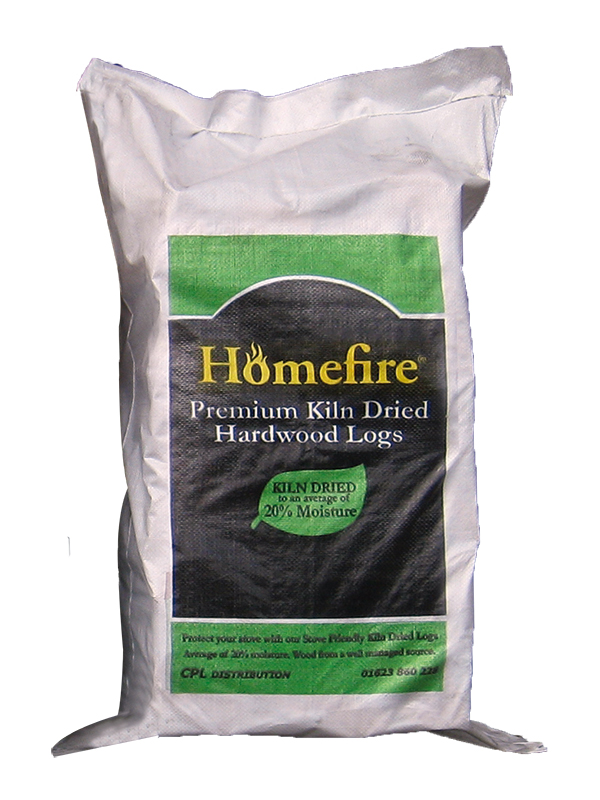 Does it cost more to enjoy a fire with the right fuels?

No.  Both in the case of authorised smokeless solid fuels and Ready to Burn kiln dried wood, these low emissions fuels offer better value to consumers than house coal or wet wood.

In the case of smokeless solid fuels, they have lower volatile gas content and so while burning with less of a flame than coal they burn up to 30 percent more efficiently.  (Result supported by independent testing over many years).  In practical terms, the smokeless solid fuel releases 30 percent more heat into the room per kilogram burnt than house coal, so whilst the bag price might be circa 20 percent higher in cost, the actual heating cost is 10 to 14 percent lower.  This is supported by SEAI findings in Ireland and independent testing in the UK.

Please see the table below:

There is no doubt that having a fire on a winter’s evening is a please for many people.  Doing so can still be environmentally responsible, providing the right fuels such as authorised smokeless fuels or Ready to Burn Firewood are used, helping to reduce smoke and particulates by up to five times compared to wet unseasoned wood and house coal.

The Ready to Burn scheme, recently launched by DEFRA provides consumers with an easy way to identify firewood products, including manufactured heat logs, that have a moisture content of less than 20 percent and are, therefore, are better for the environment; burning with reduced particulates.

Smokeless solid fuels provide another solution, having been developed to address the same issue of air quality back in the 1950’s. 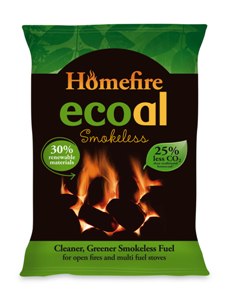 CPL Industries has been a leader in the area of smokeless solid fuels for many years.  As well as providing smokeless fuels from coal based sources, CPL has lead the market with the development of Ecoal50 Smokeless Fuel – a blended biomass / fossil fuel which not only meets regulated low smoke limits, but also has Carbon Dioxide emissions up to 40 percent lower than house coal when burnt.

In 2017 CPL continues to focus on new, environmentally friendlier fuels, with the launch of Homefire Supercharged Heat Logs to market.  This is a fully renewable, low smoke, wood based product, manufactured using a new process called Torrefaction to provide a fuel with 30 percent more energy than kiln dried wood and with a longer lasting fire.

Orders over 50kg (bulk bags, pallets or crates) are delivered as close to where you want as possible, which may be the kerbside

Free Delivery on Orders over £50