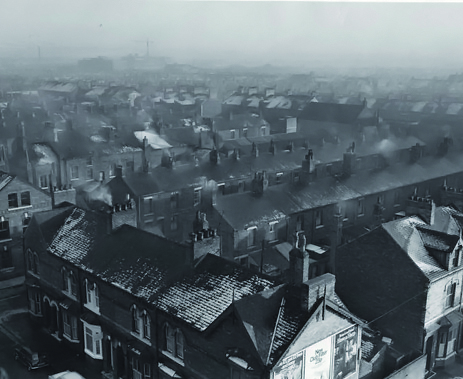 We know these days that several factors contribute to dirty air across the UK, including high levels of particulates from diesel car engines and the increasing popularity of burning firewood on wood burning stoves.

So, as your solid fuel provider, we’re writing to let you know that you’re doing exactly the right thing if you are already using CPL’s range of high performing smokeless fuels on your fires and multi-fuel stoves.

These fuels were developed specifically to reduce smoke. Compared to house coal they emit up to 80% less smoke and are therefore authorised for use in smokeless zones.

Equally, we appreciate that many of our long-standing customers have been happy buying traditional house coal or anthracite from Coals2U for many years, but now we’d like to introduce you to CPL’s range of high performing smokeless fuels.

The benefits of CPL’s smokeless fuels are numerous: Consistently higher heat than ordinary house coal, more economical, better for your health and better for your appliance.

Smokeless fuels also produce far fewer harmful particulates and were developed to combat this exact problem of air pollution whilst still allowing people living in smokeless zones fuels that they could use on their fireplace.

With a wealth of industry knowledge and a team of expert staff, we also feel it is important to share information and provide guidance wherever we can on using the right fuel in the right appliance.

Orders over 50kg (bulk bags, pallets or crates) are delivered where you want, or to the kerbside

Free Delivery on Orders over £20